Minecraft programming for teenagers. Not so long ago, GoMother already talked about how you can create in Minecraft, a game popular among teenagers. Today we will delve into this issue and find out how to set up your server in minecraft, and also is it true that you can learn programming by playing it. Rather, move on to reading the new article, we have prepared an interesting way.

Yes, it is desirable to configure each server in minecraft. But what to do if you don’t know how? The basic settings for any server are found in the server.properties configuration file, which can be found in the root folder of your server.

To set the values ​​​​we need, it is worth opening this file using the Notepad program. The content of the file is approximately the following: 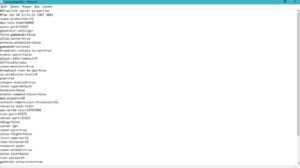 Minecraft programming for teenagers: let’s move on to the parameters

Now let’s look at the parameters available for configuration, as well as their possible values ​​​​and the default setting. To define your own parameter value, you just need to delete the old value and write your own. Before changing anything, you need to disable the server.

allow-flight – allows the user to fly around the Minecraft universe. This function only affects flights in survival mode and only has an effect if the required plugin is present (for example, Flight). In “creativity” it will not work with her.

Hardcore – turns on the “hardcore” mode on the server. Upon death, the player becomes an observer.

max-players – sets the maximum number of players on the server that can visit it at the same time.

op-permission-level – makes changes to the rights of operators:

Pvp – activates / disables damage to users from attacks of other players on the server. If “true” players have the ability to kill each other. If false, players will not be able to deal direct damage to one another.

It turns out that while playing Minecraft it is quite possible to learn programming! Come to our minecraft courses at GoMother and see for yourself – IT is fun and creative!